Nothing completely prepared me for parenting . . . not really. I read books, I watched how other moms parented, I listened to teaching, I went to retreats and conferences. I must say, now that I’m on the other side of raising my children, parenting stretched my faith like nothing else. I’ve gone through a lot in my life, growing up in a family where my mom was an alcoholic, my dad was absent for the most part, loosing our home during my teen years, having breast cancer, not just once, but twice. All of those trials God used in my life to grow my faith and dependence on Him. But what really drove me to my knees was having one of my sons, Barry, walk away from the Lord and close himself off from us. Beginning in his eighth grade year I saw Barry start to pull away from us. Some of that is normal, and since we have an older son, we understood that. He became hard to communicate with and it seemed all our conversations became one of instruction and correction. There was no joy in the relationship. It was just HARD! By the time he was a junior, I felt like we were in full spiritual battle for his soul! Even though he had asked Jesus into his heart at seven years old, there was a battle going on. As the years went on and the battle grew more intense, God confirmed this was a spiritual battle.So what do you do when you’re in the midst of hard parenting days and years?

Here’s what I learned:

We are just temporary stewards of them. God chose you to be their mom. He promised to provide you with everything you need to parent each child. Parenting is very draining – emotionally, physically, and spiritually. Make sure you’re allowing His Word to fill your mind with His truth and perspective. It is so important to listen to the Lord. I made it a priority to spend time each day with the Lord, reading His Word, listening for His encouragement and wisdom. Ps. 46:10 says, “Be still, and know that I am God.” As I spent time listening, two key things He said to me:

During the teenage years of our sons, my husband and I felt the Lord call us to fast and pray on Mondays. I wrote out on 3×5 cards different scriptures to pray each hour of the day. I would carry those cards with me all day. Our offensive weapon against the enemy is the Word of God. Not only is there power in His Word, but it was so encouraging for me to remind myself of truth while I prayed.

4. Focus on building the relationship with your child

But make sure you don’t try to fill the gaps in their lives that only God can fill. You can’t change your child’s heart, but God can! As my son became more and more miserable with his life, he started calling us and opening up to us. We were always there for him, and he knew that. We made it a priority to keep our relationship healthy with him. We wanted him to know we would always be there for him. I knew he was searching, but because God had made him very sensitive and compassionate, he struggled with Jesus being the only way to salvation. We wanted him to wrestle with this, and not just put Jesus on the shelf. When he would come home from college, I’d ask if he would give me an hour of his time. I would have a message from our pastor on a CD ready for us to listen together. Our pastor was such a great communicator (Andy Stanley). My son would listen and could understand what was being said. God was planting seeds. 5. This was as much about growing in my faith and dependence on God, as it was about God intervening in my son’s life.

He often asked me, “Will you trust Me?” He told me this battle was His. To stand and see the salvation of the Lord. 2 Chronicles 20:15 – “Do not fear or be dismayed because of this great multitude,

for the battle is not yours but God’s.”

Other promises I held onto during those years were:

After eight long years, my son completely surrendered his life to the Lord.

He fell deeply in love with Jesus – “the one who’s forgiven much, loves much,” so describes him now. The son who once rolled his eyes at me when I would share God’s Word with him, I often see now with his Bible open before him seeking the Lord. Whenever he’s driving or exercising, he’s got worship music going or listening to messages. Nine months later he was asked to share at a church. It was a Mother’s Day. He opened it with encouraging moms. He said, “I’m standing here today because my mom prayed for me.” How amazing and humbling is that. All those years of praying were worth every moment, because not only did he change my son’s life, but He changed mine! Oh, and by the way, when he moved home from college, he brought a box filled with every letter I wrote him . . . all read!

Barry is now an amazing young man, husband of a wonderful godly woman, and Dad to three precious children. He is a light for Jesus in the world of movies, and a worship leader at his church. Nothing is too hard for God!! Are you in a season of fear?

Waiting to for your kids to come back home? 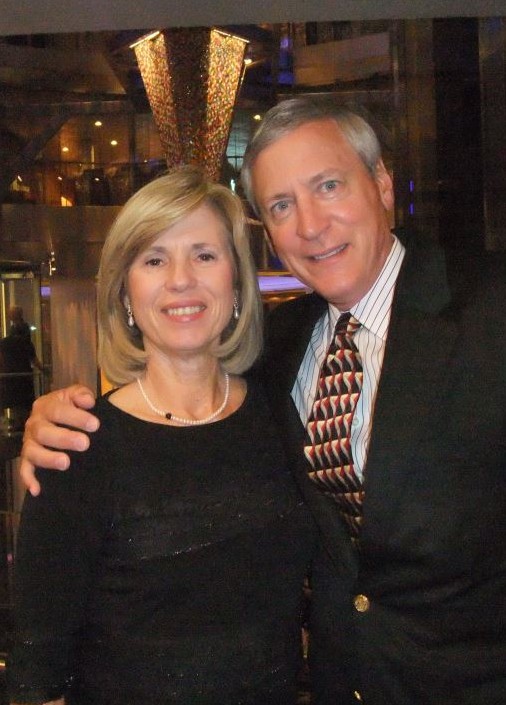 Regina Williams has been married 41 years to her high school sweetheart, Bill. They’ve had the privilege to be parents of three awesome boys, now all married and in their thirties, and now get to have lots of fun with their five grandchildren. They’ve had the joy of mentoring younger couples for over 30 years, and now Regina helps other women mentor younger women through her ministry called Titus2 Mentoring Women. Connect with Regina here: Blog

ABC Scripture Cards On Sale!
Next Post: A Summer Prayer