Don’t you agree it would be so much easier to raise boys if you were one?

I mean really. But then … oh wait… I couldn’t have birthed that little bundle of love who wants to marry me and live with me the rest of his life. Do not get me wrong I don’t want that ever, but dang it sure is sweet to hear him say it.

There is nothing like 6-year-old little boy momma love.

Can I get an amen?

I digressed into the future thinking about a 26-year-old little boy upstairs in his room playing video games and never leaving and I just got very very scared…lol….and I forgot the whole point of this.

Oh yeah….here ya go. This week my sweet lovable son looked up at me leaving a restaurant and said,

You aren’t taking a test are you ….or are you?

Oh my word, I wish I could tell you I responded with the right words to squelch his behavioral ‘performance’ mentality, but sadly I didn’t. Actually, I perpetuated it because it is an old habit from waaaaaay back that has somehow made it into my Baby Wised up parenting.

Well, in the restaurant is where I first got stumped. Precious tot was with three of his dear friends from school….three little ninjas all lined up together across from me at the local fajita joint….out of the Dobson neck squeeze range from momma bear…that’s me. Can you picture it?

It’s not going to end well you are saying to yourself about now.

In reality it was ‘ok’…no one spilled a drink, no one got hurt, but it was just rowdy. Now…that’s ok but for a mother who doesn’t speak rowdy and has a daughter who doesn’t ever feel the need to be rowdy….it’s hard for momma bear. I don’t want ‘that kid’ and you don’t either.

So, here’s what my son did (clue in on based on his question). Mommy is not liking the way I’m acting based on her crazy face silent mumbling to me that I am supposed to understand based on the size of her eyes alone. So he proceeds walking to the car knowing it wasn’t good, but he didn’t end up in the bathroom over my legs.

Some of you would say lighten up sister friend….others of you would say ‘Well you should have gotten that under control at three with some major switch use to the point of sorrow’ and such.’ Others of you ….well, who knows. Bottom line…I’ve lightened and tightened up, but behavioral performance is something that I still struggle with daily and teaching myself and Davis to overcome it is critical.

Solution: Jesus loves me this I know….

the work on the cross is FINISHED!

He isn’t going to love me less or more

based on what I do or don’t do.

Now, RACHEL will you please believe

them apples because that’s it.

And for Davis…..Davis has to reflect himself accurately to himself. Meaning, after he questions I then say, ‘Well, buddy, what do you think?’ Make him own his behavior and then knowing my expectation assess himself. Instead of speaking for him, let him say what he thinks happened. HUGE shift for me. I can point out some sin…can’t you? Davis must say….’Hummmm, was my sin affecting others in the restaurant?’  He must realize that others will not see who he is IN CHRIST and will not know that precious heart based on that kind of behavior. Was it ridiculous? Heavens no…but if he can learn to replay and then turn from it in his heart and mind at this age versus at my age….wow….amazing.

You and I want more than anything else for people to know that our entire family is a ‘carrier of HIS PRESENCE’ as I heard  Christy Nockels say this last weekend. When we sin, that is not who we are in Christ. WE are RIGHTEOUS, HOLY, SET APART, BELOVED, and A DAUGHTER AND THEY ARE SONS OF THE MOST HIGH GOD.

Reflect that my dear friend because the work is finished and WE ARE HIS CARRIER. 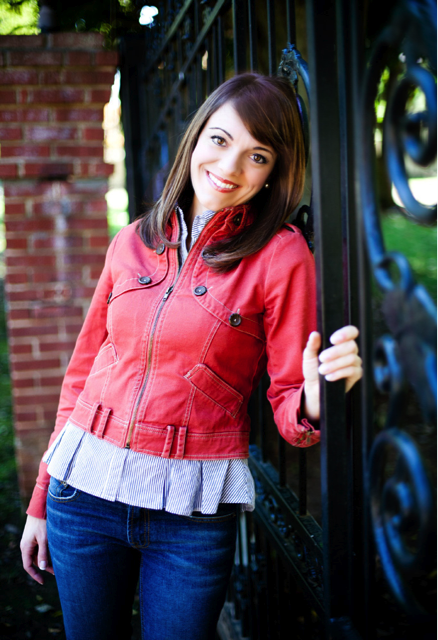 Rachel Brown is a newlywed and carpool mom with a story of heartbreak and healing. Her heart’s desire is to impart His love to women and children and through that love teach others that He still works miracles in our lives. She shares her story of freedom for women's events and the Folds of Honor Foundation and is blessed beyond measure to be a pastor's wife and full-time mom to her two children. Rachel's journey to healing led her to begin Be Still Ministries where women encounter the love of Jesus through the blood of the Lamb AND the power of women's stories! Connect with Rachel here: Instagram • Blog • Video