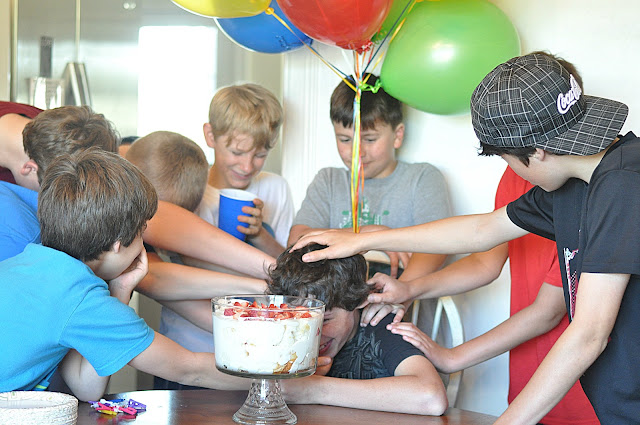 Our oldest turned thirteen a few weeks ago, and we had a handful of his friends over for the night.Before we served his favorite dessert, Andy asked the guys to lay hands on him, while he prayed over him.It was a sweet moment watching the guys giggle through the intimate moment as Andy prayed.I snapped a picture because well…it seemed like a moment I might want to hold onto forever.

I posted it to Instagram later that night, but the whole thing stirred something up in my heart.

I didn’t do it, but I found myself wanting to explain that this picture wasn’t entirely representative of our family.

Of course, if you were to hang out with us for ten minutes, you’d know it,

I started thinking about how many times I’ve looked at someone else’s pictures and assumed everything was perfect.

The problem with pictures on any form of social media

is that they don’t tell the whole story.

So much is left to be assumed in a picture,

and lets face it, we all assume everyone else’s picture looks a little more perfect than ours.
What I wouldn’t give to show you a picture of a parenting moment that Instagram missed.

I’ll try to paint the picture clear enough for you because it’s one you’ll want to file away for a rainy day.

My dear friend from college, Kate, came to visit from California over the weekend.

She and I were standing in my kitchen with one of my children, and I asked him to do something for me.

Who knows what I asked him to do because what came next has jarred my memory.

and without hesitation or reservation, he said, “Gimme a second, Hussie.”

My eyes got wide, my nostrils flared, my jaws locked, and I’m fairly certain my head started spinning.

I’ve never had an out-of-body-experience, but this had to be as close as I’ll ever get.

My words were frozen, so I pointed to his room, and he instinctively knew to turn and walk there, just as quickly as his legs would carry him.

I stood in the kitchen and put my face in my hands and began to cry.

Who of us ever wants these moments to happen much less be displayed for anyone else to see?

I can tell you…None of us and especially not me.

These kind of moments make you want to retreat and hide out.

Ironically, I write a blog called between you & me,where I attempt to share life authentically,

and God gave me an opportunity to practice it in real time.

but also some of the moments that make you want to crawl under a rock.

Here’s the “take away” for any of you out there who kept reading after you read that my kid called me a hussie….
Those moments in parenting that make you want to crawl under a rock…the ones that you wish no one had to see or know about..those that you want to hide from a world that might judge..
those are the ones best lived in the light.
While I was still crying a river, Kate broke out into hysterical laughter.
I didn’t know what to do with her laughter, so I joined her, and we laughed until we both cried.
She graciously shared some of her “crawl under a rock” moments in parenting, and we both sighed with relief knowing we get to journey through this together with our families.
Eventually, I went to my son and was able to see the situation for what it was;
a pre-adolescent boy using a word that he had actually heard from me. {ouch}
We kissed and hugged and cried and God’s grace poured over us like an ocean.
Life was meant to be Shared!!!
ps. My sweet boy had no idea what the word “hussie” means.  {This has to be a plus.}
pss.   I’m mortified that he heard it from me, when I jokingly called my friend one. {they’re listening to everything!}
psss. He is gladly removing it from his vocabulary now that he knows it’s a bad word. {good choice.}
pssss. I’ll be trying to remove it from mine, too.  {need to practice what I preach!}
psssss. Would you believe this all happened after we got home from church, while Andy was still there? 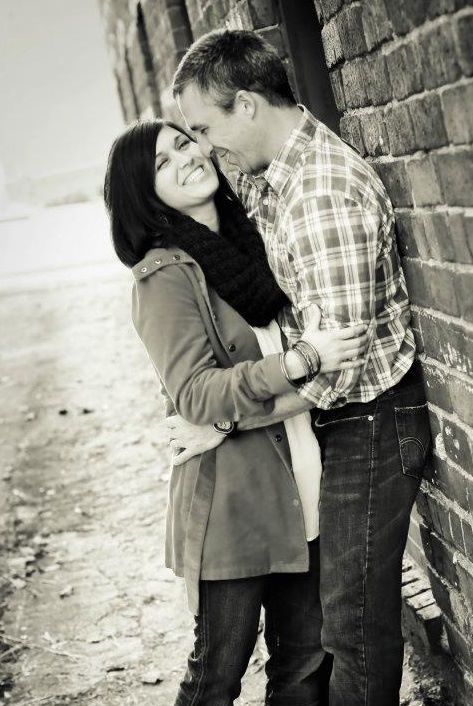 Tara Lowry blogs at between you & me. She is wife to Andy and mom to Luke, Seth, & Lydia. She is passionate about authentic relationships because we were created for them and lets face it, life is better shared. Three years ago, she and Andy created a family rules sign for their home to serve as a mission statement for their family. Out of that simple DIY project, a business was born. Connect with Tara here: Blog • Shop • Twitter • Instagram